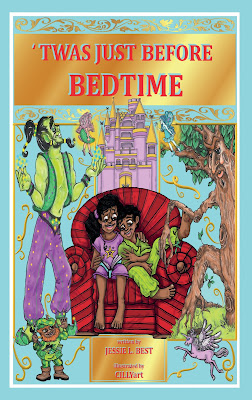 Book Description:
'Twas Just Before Bedtime is a book of short stories (about 1000 words each.) Each is followed by a poem. This is juvenile fiction and the characters range in age from 6-10 years. They can be read to younger children as bedtime stories; older kids can read the stories independently. Each magical adventure story and poem has a corresponding illustration created by Cillyart4u. (Cindy Bowles)

The enchanting illustrations are charming and tell the story as intended. Pure fantasy, these stories and rhymes will stimulate and entertain children from 6-12 years and create fond memories to look back on and keep as a favorite.
Buy Links:
Amazon US | UK

MY REVIEW
Bring on the magic and fun. Best never disappoints when it comes to taking readers on a magical adventure, and this book does not disappoint. 'Twas Just Before Bedtime is a collection of short stories and poems with lots of lessons to learn about the consequences of one's actions and to remind us all to think carefully before embarking on certain adventures.
Good illustrations. I would have preferred illustrations in colour, but these also worked well in black and white. I noticed there were many familiar stories that were similar to a lot of the fairytales I grew up on, which was nice to see and rather nostalgic. The story Pirate Gold, an adventure story about a young boy and his brother trying to escape from pirates who want to devour them for Breakfast, reminded me a little of Peter Pan. Genie Bean, a story about a young girl called Marnie, who becomes the master of a genie. This story made me think back to Aladdin's adventure on a magic carpet. I thoroughly enjoyed Fairy Wings, about a young child abandoned and found by fairies, who take her home and raise her. The child, Taralin, feels out of place in her new environment as she's unlike the people who raised her, and so, every night, she prays to the stars, hoping to one day become a real fairy. This definitely had Pinocchio vibes, and I'm a big fan of Pinocchio, so this was a very fun read.
There are a lot of stories and poems to enjoy, but I definitely had my favourites. The poem Sandi's Shadow was a wonderful poem that reminds us to pay attention to the little things we often forget about.
This is a wonderful collection of short stories and poems filled with magic and wonder that all children would enjoy. It's a great bedtime treat, bound to inspire children to broaden their imagination.
VERDICT 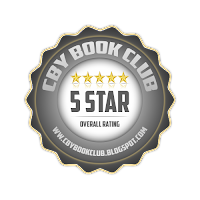 Book Description:
Join Annabelle & Aiden as their friend Lucy retraces our first steps in Africa. We fan across the globe, encountering the strangest human (and nonhuman) creatures: from twenty-foot sloths to tiny dwarves in faraway lands. We learn to cook. Express ourselves. Farm, build empires, and fall in love. We dream of kings, gods, and monsters, and light our world with a scientific revolution. Discover how our shared story can overcome our differences. How it's etched deep into our genes: we're all children of Lucy, and have far more in common than we think.
Buy Links:
Amazon US ¦ UK

MY REVIEW
As a huge science geek, I love stories on human evolution, so this was a treat to read. I haven't come across many picture books like this one, which is very science oriented, that allows your mind to explore and prompts the reader to ask many questions. The origin story is one of familiarity, but it was a joy to go on this adventure with Annabelle and Aiden.
I loved the illustrations and the fact that author explored different timelines and continents. Although it was hard to read the fine text dotted around the edges of the pages, I found them very useful and educational. I must admit, I was a little surprised by the display of the world at the end, the fact that it wasn't very inclusive of other cultures, considering the story implied a connected and linked history/origin throughout, so it wasn't the image I had conjured in my mind. The image of the world undermined the diaspora and multiculturalism that played an important role in the plot. This was somewhat disappointing as it limits identification among children and families who are not identified as white.
Despite the world image, I thoroughly enjoyed the book. It was a refreshing read and so much fun to delve back into the past. I highly recommend this book for the entire family.
VERDICT