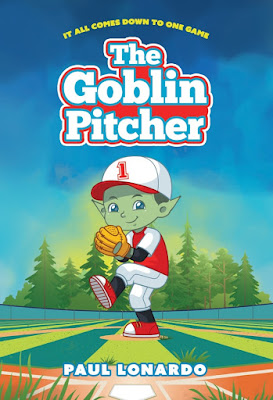 The Goblin Pitcher
Author: Paul Lonardo
Genre: MG Fantasy / Adventure / Sports
Publication Date: 11 April 2021
Book Description:
The one thing eleven-year-old Jake Lupo loves more than anything else is baseball. However, despite his father being a professional pitcher, Jake's fear of failing has kept him from competing against children his own age. When his father, who has recovered from a serious arm injury, is invited to pitch for an independent team, Jake and his parents move to Pine Barrows, a far flung forested mountain outpost. Jake is excited about his father's chance at a comeback, but he soon learns that he is not the only one in Pine Barrows who loves baseball. Goblins love to play baseball, too, and Pine Barrows happens to be chock full of them. Then Jake discovers that the region is occupied by two factions of warring goblins.
Seeking to take control of the goblin kingdom, the leader of the evil goblins kidnaps Jake's mother and bans baseball, a game which itself is a natural source of power for the goblins.
It turns out that Jake has a secret kinship with the legendary beings, and he is the only one who can save them, their kingdom and his mother. However, Jake must believe in himself and play a winner-take-all game against the best goblin players in Pine Barrows.
Buy Links:
Amazon US ¦ UK

MY REVIEW
Jake Lupo is used to moving around due to his father being a professional pitcher. After recovering from an injury, his father is offered an opportunity to pitch for an independent team, which could be the kick he needs to get his career back on track, so the family pack up and move to Pine Barrows. But Jake has a secret he's been keeping from his family: he hears voices calling to him. And the move to Pine Barrows has made matters worse for Jake as the voices are no longer just voices anymore. Now Jake is starting to see things other people can't see. Who are these green creatures lurking around his new home, and what do they want with Jake? Was the move to Pine Barrows an opportunity or a trap?
Since moving to Pine Barrows, Jake finds himself facing off with a reality he couldn't he imagine let alone be apart of. Jake certainly learns a lot about his connection to the magical realm surrounding his family home in Pine Barrows, and the truth sends him on a time sensitive mission of finding a powerful object called the Sacred Amulet in order to save his family from the clutches of a powerful dark leader known as the Overlord, who wishes to possess the amulet so he can become the supreme ruler of his kingdom. The amulet can cause a lot of problems in the wrong hands, but with his family's life on the line, Jake has to make the right decisions or risk losing everything dear to him.
The Goblin Pitcher was certainly an enjoyable read. The ambience of the story put me on the mind of the Spiderwick Chronicles. I found it a little overwritten at times, more telling than showing, which kept pulling me in and out of the story and stopped me from being fully immersed in the story. Despite this, I liked the world building. The author brought certain scenes to life, which was rather magical. I had expected a little more baseball action given Jake's love for the game, but it was talked about enough to satiate one's hunger for the game. Apart from Jake, the other character I found very engaging was Lorcan. In terms of being trustworthy, he was a questionable character, but he was very likeable. The doubt I had about his character made me want to learn more about him.
Overall, this was a very enjoyable story, and I love the book cover, which exudes a youthful energy, just like the story. I definitely recommend this book for all, especially middle-schoolers.
VERDICT: 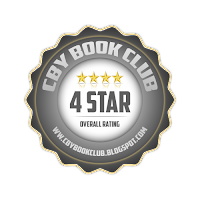