Book Blast & Giveaway - You Were Made for Me by Jenna Guillaume 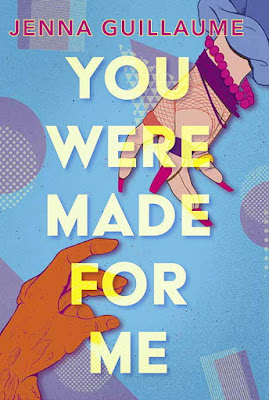 You Were Made for Me
Author: Jenna Guillaume
Publisher: Peachtree Publishing Company (April 1, 2021)
Language: English
Hardcover: 336 pages
ISBN-10: 1682632954
ISBN-13: 978-1682632956
Book Description:
YA author Jenna Guillaume is back with a fun and modern feminist twist on the 1985 pop cult film Weird Science.
Sixteen-year-old Katie Camilleri can’t believe she’s accidentally created a teenage boy. A boy six-feet tall with floppy hair and eyes like the sky on a clear summer’s day. A boy whose lips taste like cookie dough and whose skin smells like springtime. A boy completely devoted to Katie. But silly musings and kitchen antics with her best friend, Libby, have definitely taken a whimsical twist into something bigger than Katie could have ever daydreamed. Turns out the consequences of fumbling a human being into existence are rather complicated. More importantly, does Guy, the golden Adonis Katie’s created, like her because he wants to, or because he has to? And will he be Katie’s very first kiss?
From the author of What I Like About Me comes a hilarious feminist twist on a classic narrative, loaded with laughs, mishaps, and plenty of 80s and 90s pop-culture callbacks. Jenna Guillaume’s entertaining romantic comedy novel features a humorous and relatable voice and will appeal to fans of Jenny Han.
Buy Links:
Amazon US ¦ UK ¦ B&N ¦ Book Depository

Praise for YOU WERE MADE FOR ME

“Plenty of early 2000s rom-com vibes and lighthearted mishaps… Guillaume’s cinematic story weaves together beloved romantic comedy tropes touched with magic―or is it science?―and drops them into a fresh, contemporary setting. Despite the playful tone, this isn’t without nuance, taking on serious topics such as male body image, friendship, and asexuality.” ―Booklist 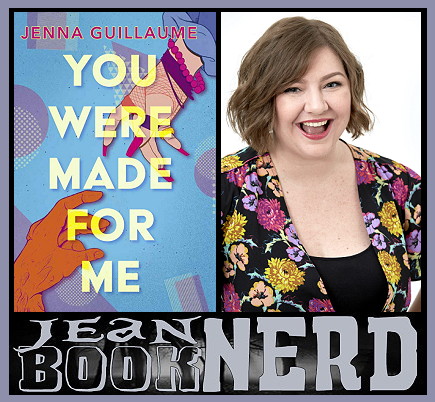 Photo Content from Jenna Guillaume
About the Author
Jenna Guillaume is a writer based in Sydney, Australia.
As an entertainment and lifestyle journalist, Jenna regularly contributes to The Sydney Morning Herald, Junkee, BuzzFeed, and Flicks. She has also written for publications such as MTV, The Guardian, and Metro UK, and was previously editor-at-large for BuzzFeed Australia and features editor at Girlfriend magazine.
Jenna frequently appears as a moderator and panellist at festivals, and has extensive on-camera experience through her work at BuzzFeed and as a pop culture expert for ABC News. She also contributes to a fortnightly segment about streaming for ABC Radio.
As a social media consultant, Jenna has worked with companies such as the Australian Children’s Television Foundation and Amazon Prime. She is currently senior contributor for Netflix ANZ’s social media channels.
Jenna is the author of Young Adult rom-coms What I Like About Me and You Were Made For Me. When she’s not binge-watching her favourite shows from the ’90s or cuddling her dogs, she’s working on her third YA novel and honing her screenwriting skills.
Author Links:
Facebook ¦ Instagram ¦ Twitter ¦ Website ¦ Goodreads

*JBN is not responsible for Lost or Damaged Books in your Nerdy Mail Box*
***GIVEAWAY***
a Rafflecopter giveaway
CBY Book Club at 08:00
Share