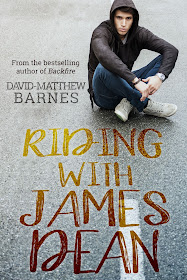 Book Description:
When seventeen-year-old Johnny moves to a sleepy new town and meets the enigmatic Marco, the glamorous Mary, and the punk princess Jemma, his summer nights are soon filled with friendship and love.

From a distance, I could’ve sworn I saw the ghost of Marilyn Monroe.
There was a beautiful woman standing next to Marco in the parking lot of the 50’s hamburger palace. They were leaning up against the side of his vintage car, waiting and doused in the shadows of slow pulsing neon lights. His arm was draped around her shoulders. It appeared she was propping him up. She laughed when she steadied him and the sound was sweet and melodic. She was a platinum blonde, dressed in a black pencil skirt and a low-cut white angora sweater. There was a red chiffon scarf tied around her neck. She exuded power in her black stiletto heels. She was a movie star in the making, a glamorous goddess just waiting for someone to discover her and catapult her to fame. If anyone had been born for a life on the silver screen, it was her.
She pried herself away from Marco and stepped in my direction. “You must be Johnny,” she said. I nodded in reply, mesmerized by the seductive green color of her eyes and the tenderness of her voice. She leaned in, kissed my cheek, and then spent the next few seconds trying to wipe her lipstick off my skin. Her touch was soft and comforting.
“Are you Marilyn Monroe?” I asked. My words fell into her cleavage.
“You’re close,” she said. “I’m Mary.”
“Yes,” I said. “Marco mentioned you.”
“He’s like a brother to me,” she whispered. “Be gentle with his heart.”
Marco moved to us, wrapping an arm around us, connecting and cementing us as a trio. “I’m a lucky guy,” he said. “I get to spend the night with my two favorite people.”
“Marco doesn’t have many favorites,” Mary explained. She was clearly his interpreter. “So, I guess that makes us the lucky ones.”
Marco gently guided us in the direction of his parked car. “I wish we could go to Vegas,” he announced.
“Why don’t we?” I challenged.
He shook his head. “We wouldn’t make it there until dawn.”
“Dawn’s a lovely time to arrive in Vegas,” Mary said. “You can sleep all day and then be ready for the night.”
“Are we vampires?” I asked, with a small laugh.
“In another life, yes,” explained Mary. “In this one…”
Marco glanced up to the dark, starlit sky and said, “We’re the ones everybody else wants to be.”
Mary shook a finger at him, reprimanding. “Careful, Marco,” she said. “You almost sound smug.”
“Do you think they know?” he asked. “About how much we’ve been through?”
They looked into each other’s eyes when Mary spoke. “If they did,” she said, “they wouldn’t care. But our sorrow would ruin the façade.”
“Façade,” he repeated. “I like that word.”
Mary insisted on sitting in the backseat, but not before pulling me aside. “You belong up front now,” she explained, in a hushed tone. “Next to Marco. He needs you by his side.”
“But you were here first,” I reminded her.
“I appreciate your chivalry,” she said. “But you’re new.”

I slid across the bucket seat and into the shelter of Marco’s arms. He pulled me closer to him.  “There,” he said. “That’s better.” 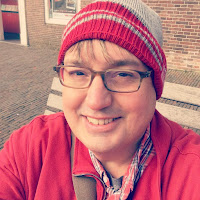 About the Author
David-Matthew Barnes is the award-winning author of several novels and collections of stage plays and poetry. His acclaimed screenplays have earned many accolades including a 2017 Los Angeles Film Award. David-Matthew has written over fifty stage plays that have been performed in three languages in ten countries. His literary work has appeared in over one hundred publications. He is a member of the Dramatists Guild of America, International Thriller Writers, and the Society of Children's Book Writers and Illustrators. He earned an MFA in Creative Writing at Queens University of Charlotte in North Carolina. He has been an educator for more than a decade.