BOOK REVIEW: Lost in Wonderland (The Twisted and the Brave #1) by Nicky Peacock 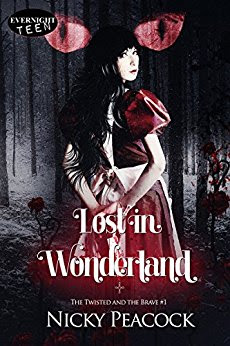 Lost in Wonderland
(The Twisted and the Brave #1)
Author: Nicky Peacock

Book Description:
Monsters, serial killers, and imaginary friends—being a Wonderlander can be murder...

Once upon a time, Kayla was lost. Then she found Wonderland, but not the one you know. Run by ex-government agents and funded by an eccentric Silicon Valley billionaire, this Wonderland is the name of a collective of highly trained vigilantes who hunt serial killers. Now Kayla, aka Mouse, works tirelessly alongside her fellow Wonderlanders, Rabbit and Cheshire, baiting dangerous murderers. But even her extensive training hasn’t prepared her for the return of her older brother…

Shilo has spent most of his life in an insane asylum, convinced his mother was abducted by a sinister Alaskan monster who lures the lost away to feast upon their flesh. And now he’s certain that his sister is in the same monster’s crosshairs. But if Shilo is going to save what’s left of his family, he’ll have to convince his sister that maybe, just maybe, we’re all a little mad.

Now this is what I call a kick-ass assassin. Forget Hit-Girl. Welcome Kayla, aka Mouse. She may be petite but she's deadly. Mouse resides at Wonderland, an organisation dedicated to purging the world of murderers. Mouse has had a tough upbringing. After the murder of her mother, her father committing suicide and her older brother, Shilo, being admitted into a mental asylum for insisting that a monster known as the Kushtaka killed their mother, Mouse finds herself in the foster care system. Her life takes a turn when she meets the Wonderlanders, who train her to be a shoot-first-ask-questions-later vigilante - or rather, just a shoot-to-kill assassin. No serial killer is safe with the Wonderlanders around.

This was an enjoyable read. It was fast paced, adventurous and full of adrenaline. Although there were a few subplots taking place, they all tied up quite neatly to the main plot, that being Mouse coming to terms with what really happened the day her mother was murdered. As much as she wishes to put the past behind her, it appears the murderer is still on the loose and it has a great yearning for her blood. Perhaps Shilo isn't as crazy as everyone thinks him to be.

This is a very dark tale, but what I liked was that the detail of the deaths weren't too gorey or too graphic. The descriptions surrounding the killings was handled well. The idea that Mouse was taken in by this organisation at a young age and while she was in a vulnerable state was provoking. Although Kenneth and Sandra - founders of Wonderland - weren't directly portrayed as villains, I couldn't help but to see them as such for infiltrating Mouse's vulnerable mind and making her believe that was the life she deserved. The villain of Mouse's story weren't the serial killers but rather those whom she referred to as Mum and Dad. It's one thing to alert a child to the true nature of the world. It's another thing entirely to throw them into the lions' den. It was a brilliant depiction of lost innocence, purely for the fact that the seedy and unethical nature of Kenneth's and Sandra's organisation wasn't directly addressed but subtly hinted at.

I liked that Mouse was a flawed character. After the upbringing she's had, it's expected. It was good to see different sides to her character. I can't say the same for the other characters as there wasn't much revealed about them to form lasting impressions. Yes, they were quirky but there wasn't much about them that demanded my attention. I did like the twist with Mr. Custard, Shilo's imaginary yellow friend. Another issue that I found disrupting was the lack of explanation with certain situations. Sometimes, you're thrust into events without warning or explanation. All you can do is assume you'll catch on to what's happening, and just when things are starting to clear up, the scene ends. It would have been nice to have certain scenes fleshed out a little more to keep me fully engaged in the story. It was just a little too choppy at times, which left some of the scenes feeling unfinished. Mouse's hunts ended before they began. We are told a lot about her lifestyle, but because we see so little of it, scenes moving so swiftly we don't really get to experience her life as an assasin, we don't get to really discover how she feels about her life through her actions and reactions. It would have been nice to experience Mouse's state of mind in these situations just a little bit more.

I know this is classified as a twist on the classic Alice in Wonderland, and I was expecting to feel that connection, but I didn't. I couldn't connect with any of the Alice in Wonderland references. If anything, it seemed to be an intrusion. I didn't see the point of the references when this story clearly stands strongly on its own two feet. It made me tune out sometimes. It wasn't a great distraction but, every so often, I would be reminded of Alice in Wonderland when I didn't feel I needed to be as this was Mouse's story and that was who I wanted to focus on.

Overall, I very much enjoyed the story. I was excited throughout. The little issues I found with the story wasn't a dealbreaker for me, so it was definitely worth the read. 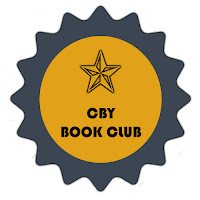